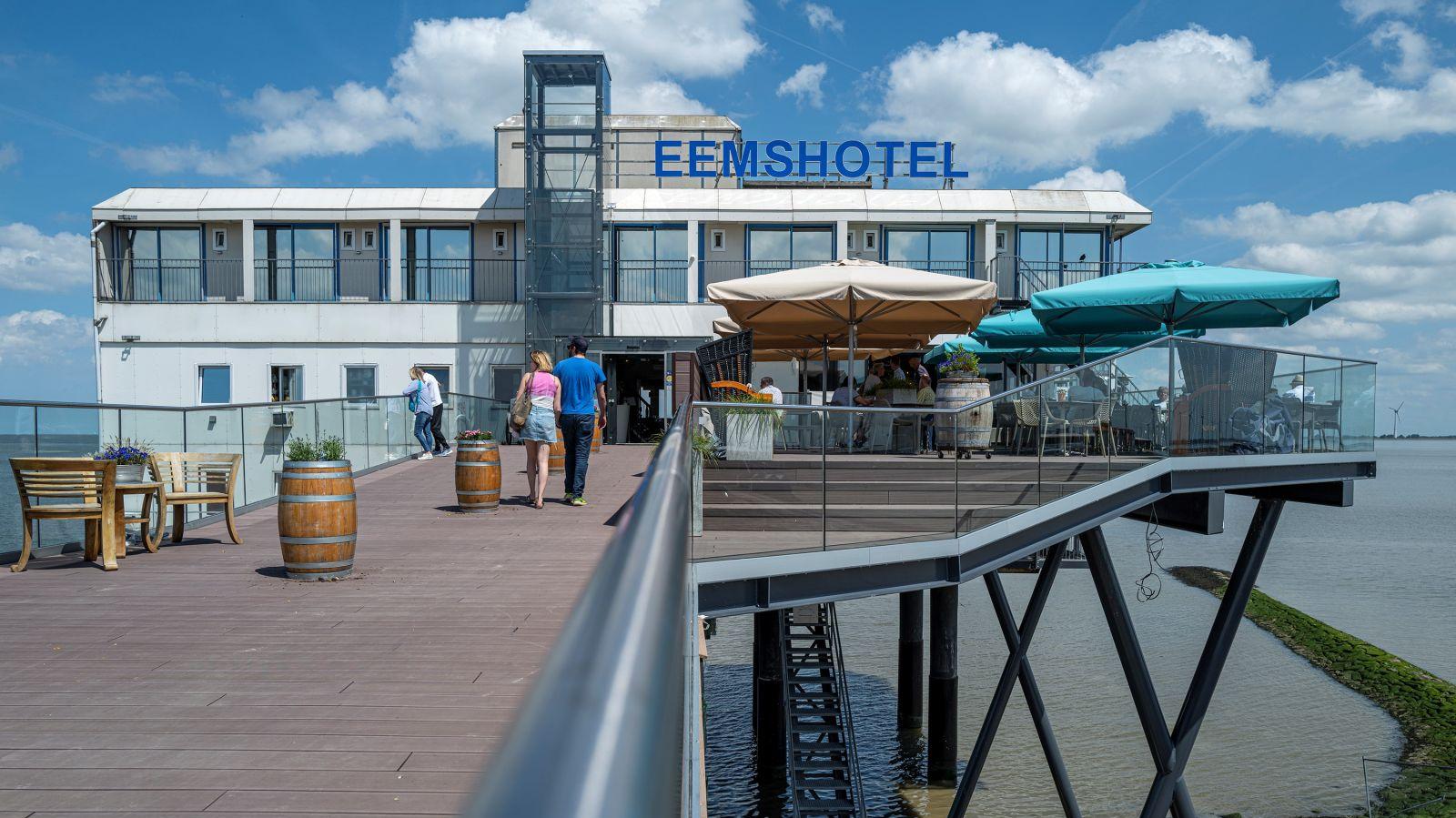 Book through the official website Eemshotel and we guarantee you the best price!

The history of the Eemshotel

The history of the Eemshotel starts with Mr Ritsema. Regretfully, Mr  Ritsema himself did not survive a tragic accident and, consequently, he has never seen his “Eemshotel dream” come true. The text below was written in 1965 and it describes Mr Ritsema’s motivation at the time to have such a unique hotel on poles built in the sea:

Just outside the Delfzijl sea dyke forty 16-metre long poles have been driven  into the bottom of the Wadden Sea down to one metre below the slit. This is the – invisible – beginning of the Eemshotel, in which the guests will be eating, drinking, and sleeping  eight metres above the surface of the sea as planned by A.W. Ritsema (43), a farmer from Holwierde.

“Having a cafe or restaurant above the sea is nothing special anymore, but having a complete hotel like thist is unique in Europe,” says the spiritual father of the Eemshotel, who is estimating the costs for now at approximately one million guilders.

The Eemshotel will be a two-storey building above the sea, with the option of adding a third storey, which will increase the number of rooms from eleven to thirty plus. The hotel will be connected to the mainland by means of a covered gangway. It will be a bit of a stunt job to pour  the 360 square metres of concrete floor at eight metres above the sea level without being able to utilise regular casings. Similarly, the hotel as a whole is the stunt of a man who calls himself a farmer, but actually is a businessman who has never done anything else but building.

“I am not a rich man, but I do believe that when you have something, you need to do something with it, for yourself and for the community, which will grow to twenty million people within the near future.” 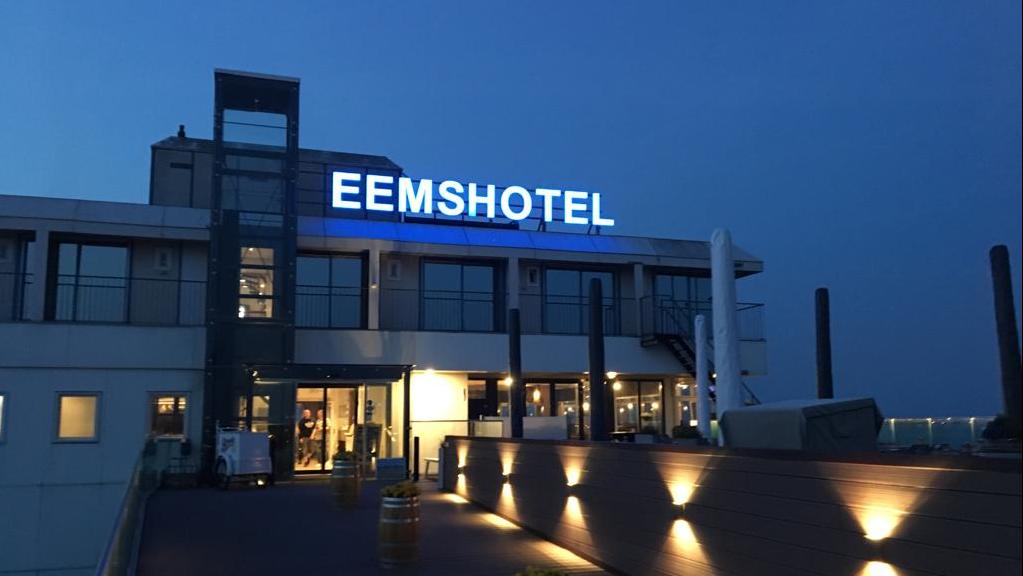